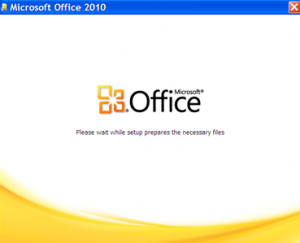 Support and security updates for Office 2010 have ended.

With Office 2010 end of support, security updates will stop. Office apps will work, but you may be exposed to security risks. Upgrading is recommended.

The Backstage view, which consolidates document management duties into a single spot, is one of the new features of Office 2010. The ribbon, which was first introduced in Office 2007 for Access, Excel, Outlook, PowerPoint, and Word, is now the default user interface for all Office 2010 programmes and may be customised. Among the new features are collaborative editing tools that let many users to share and edit documents, as well as expanded file format compatibility, connection with OneDrive and SharePoint, and security enhancements including Protected View, a sandbox that protects users from dangerous information. Office Online, a free Web-based version of Excel, OneNote, PowerPoint, and Word, was released. Microsoft Works has been replaced with a new Office Starter 2010 version.

The mainstream Support for Office Professional Plus 2010 for Office 365 subscribers ends on October 13, 2015. Extended Support will only be available for Retail and Volume licences after this date.

You can use Office 365with any Microsoft Office version that is in Mainstream Support. On October 13, 2015, installation links for Office 2010 will be deleted from the Microsoft 365 admin centre. Customers who have purchased an Office 365 subscription should upgrade their Office Professional Plus 2010 installations by uninstalling Office 2010 and installing Microsoft 365 Apps for business.

You can also get the latest Office Application for free using the Online Office platform.

Coupon Code is here for you

Are you struggling to:

Then copy this code “Member” and use it for all check-outs using the following button. A discount around 10-20% will be applied for all transactions.

Are you struggling to:

Then copy this code “Member” and use it for all check-outs using the following button. A discount around 10-20% will be applied for all transactions.

Chat
1
Join
Powered by
PrabasTech Welcome you.
Would you like to join a course?